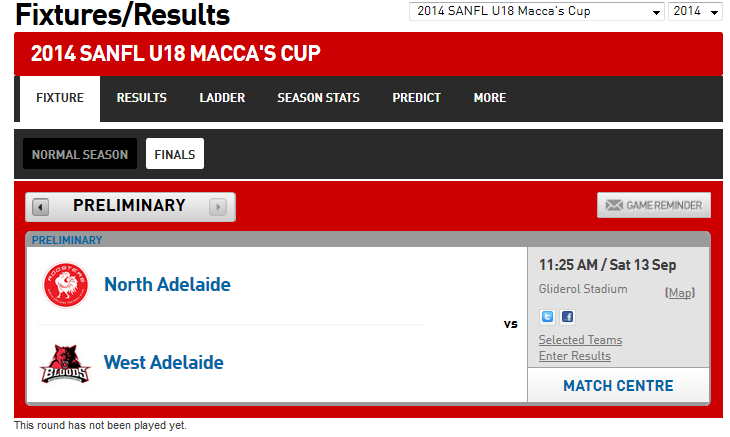 Well done to the under 18's on another win which has given them the right to play the Eagles in next weeks grand final.

They led all day and at half time were 43 points in front only to be challenged by the minor premiers in the 3rd quarter but again showed there class to come out winners.

Grand Final to be played Friday night at Glenelg oval

Get along Bloods fans and see a very good West Adelaide under 18 side do there best to win the premiership.